I started a massive throwing out of (what is turning out to be) the junk in our office space, and I’m finding out some things about myself as I go. 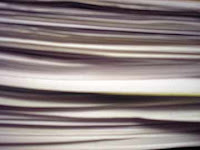 First of all, until the last few years I didn’t feel I had actually created an illustration until I held it in my hands, so I printed out everything I did, and sometimes in several copies. What, exactly, did I need those for anyway? Now I have a huge stack of illustration pages that are waiting to be recycled sitting illustration-side-down at my printer. The rest are in a box until there’s room on the stack.

Second, my mother typically bought things in relative bulk just because it’s cheaper, especially if whatever it is you’re buying isn’t going to go bad anytime soon (like in your lifetime). The problem I seem have with that theory is the “isn’t going to go bad” part. I bought stuff that wouldn’t go bad physically, but that went terribly bad personally, digitally, stylistically… 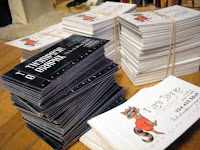 So domain names and contact information all needed to be updated which now means, along with the old business cards, I need to throw out any old postcards that I could have used as handouts. 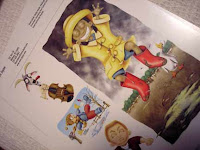 I also spent a good bit of money to participate in a directory that the Pittsburgh Society of Illustrators sent out which included giving me a stack of 500 tear sheets of my page to use as self-promotional pieces. With my old name. And old contact information. And old style. Those pages were printed on glossy paper, so I can’t even recycle the backs of them in our printer. Another stack for File 13. 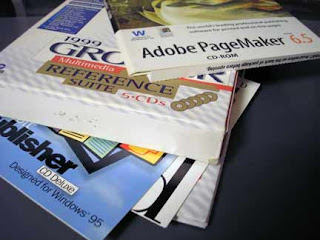 And third, add to all of this the fact that computers and their programs have a half-life of around 13.7 days, so after they’ve sucked in their last breath, you’re the one left holding the coasters. Yes, that says “Windows 95.”

What have we learned?