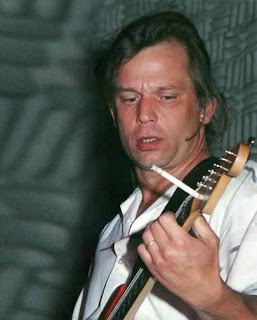 I was saddened and sorry over the weekend to hear the news of Glenn Pavone’s passing. For those of you who aren’t familiar with Pittsburgh music, Glenn was probably the best guitarist many of us had ever heard in the area.

The picture I’ve included here was one I took in 1994, somewhere around the time The Cyclones had released their first album, Twist This.

To get an idea of what he was capable of, take a listen:

Mr. Pavone was 52 and will be sorely missed.