I did a few more spot illustrations for Jack and Jill‘s March/April issue, and I’ll post a couple of them here. The illustrations were part of their Earth Day article that suggested things kids could do to “go green.” 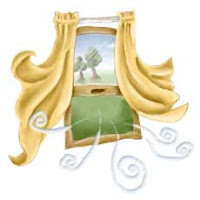 First, they encouraged kids to open a window when the weather was warm enough. I had to play with the “wind” a little bit before I was satisfied. It needed to be transparent enough to show the window behind, but opaque enough to be able to see it in the places where the background was white. 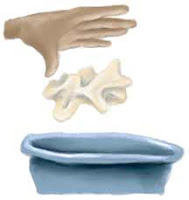 They also encouraged kids to throw their trash away in cans rather than littering.

The throwing trash picture wasn’t the only spot where I had to draw hands for this issue. I hung out at the small cafe in our local grocery store one morning and just sat and drew different angles of my hand to give the art director and editors a choice to pick from.

They ended up picking #2.