We’ve been running between raindrops and appointments and deadlines to carve out a little mental health time for ourselves on the trail. Today we started in Rockwood, PA, and rode through the Pinkerton Tunnel, about eight miles west. 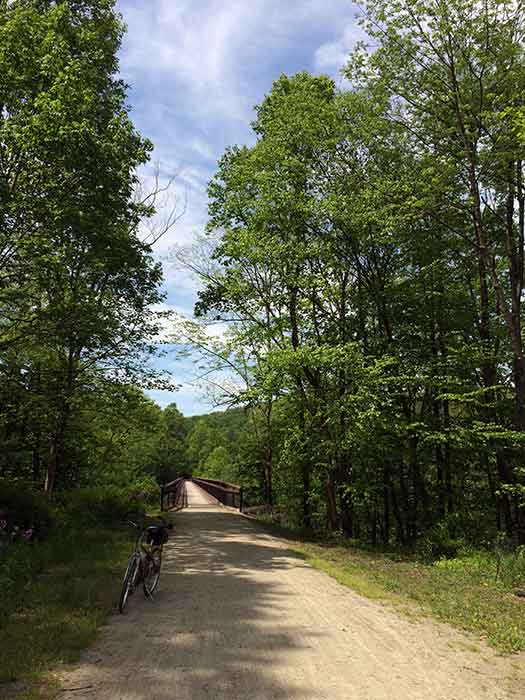 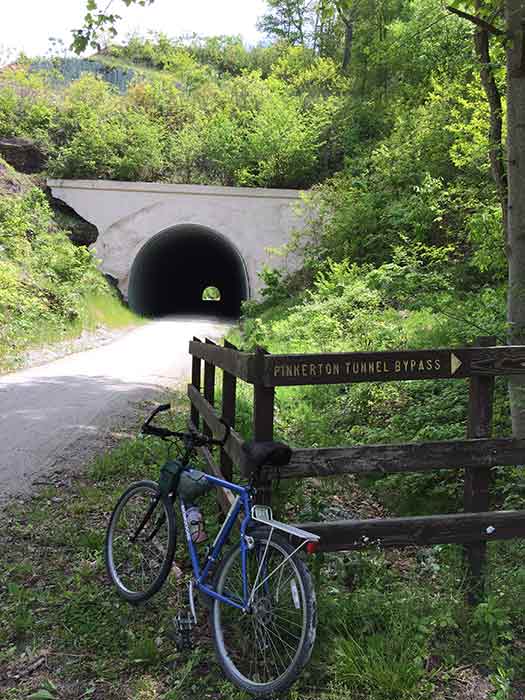 The Pinkerton Tunnel, built in 1911 and reopened for trail use in 2015. Until the tunnel reopened, riders took the Pinkerton tunnel bypass route to reconnect with the bike trail on the other side. 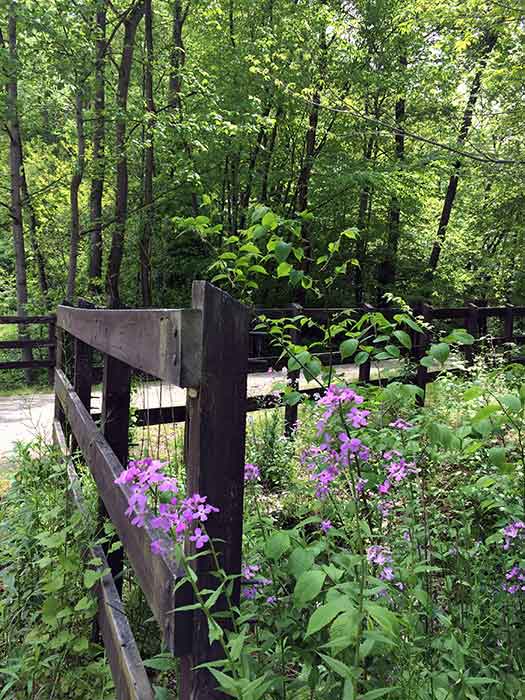 Dame’s Rockets near the Pinkerton Tunnel. 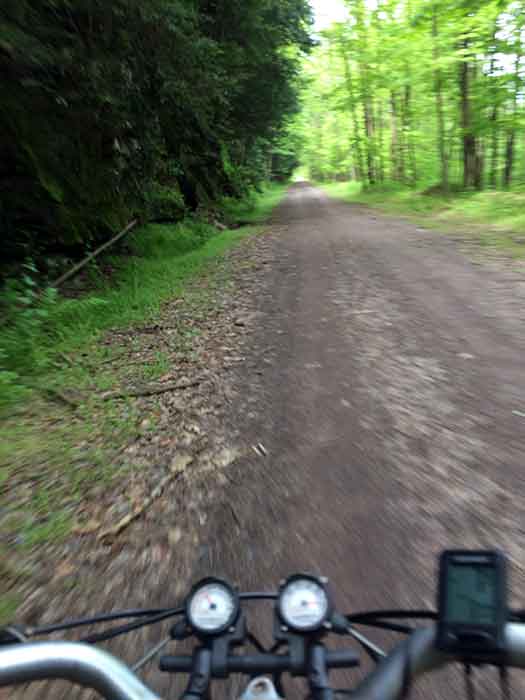 (That action shot I always take and never post.)