First off, a little Art Modell irony: On December 27th, the Cleveland Browns defeated the Baltimore Colts 27-0 in the NFL Championship Game.

The first computer program written in BASIC was run on May 1st. At 4:00 a.m.

1964 was the last year the U.S. Mint made their quarters out of silver.

The U.S. Surgeon General announced (for the first time) that smoking could be bad for your health.

The Munsters and The Addams Family both debuted that September.

That stop-motion Rudolph the Red-Nosed Reindeer Christmas special? It debuted on December 6th.

The Ford Mustang was born on March 9th and unveiled to the public on April 17th.

And Shea Stadium opened on April 17th, too.

February 9: The Beatles played on the Ed Sullivan show for the very first time. 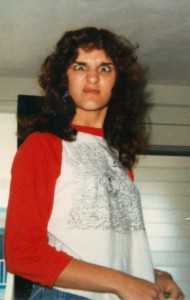 And then, nine months later, I was born.
On a Thursday.
50 Years ago right this very minute.

Some other people who were born in 1964 that you may have heard of:

Remember Remember the 5th of November

And as for November 5, say happy birthday to Vivian Leigh and, like, a gazillion other people.

I’m going to draw all day, and tonight I’m meeting some old and new friends at my favorite eating and drinking establishment where they already know what to pour in the glass they set on the bar in front of me.